In depth guides on destinations in Singapore
plus honest reviews of attractions, accommodation, and restaurants.

Singapore was the first Asian country we took our girls to when they were nearly 3. It is a great introduction to Asia as it’s very clean, family-friendly, and safe. Their public transport system is easy to navigate and runs on time which makes it easy to get around. English is widely spoken and there’s a variety of food options.

All this makes it the ideal place to visit with children.

Lion City, as Singapore is affectionately known, is classed as a year-round destination with daytime averages around 33°C and 26°C at night. It rains every month, mostly in the late afternoon and evenings, and has a high level of humidity. It can range from 60% right up to 100%.

Despite the Northeast Monsoon Season being from December to March, November to January is generally very wet with heavy rainfall in the afternoons and evenings. February and March are generally drier with February being the driest month of the year.

The Southwest Monsoon Season has thunderstorms that normally occur in the mornings. Heavy rain accompanies them which lasts for around 1-2 hours.

If you suffer from asthma or breathing difficulties, avoid May to October when Sumatran forest fires can cause a lot of smoke haze.

We’ve been in January, February, and October and the weather was pretty much the same. It did rain but mainly in the late afternoon and didn’t stop us from doing everything we wanted. Just bring an umbrella and/or rain jacket.

The currency of Singapore is the Singapore Dollar (SGD).

Credit cards are widely accepted but you should bring some cash for markets and small stores.

Singapore is expensive for Asia. Prices are comparable to Europe, America and Australia.

Speak to your health professional before traveling to Singapore and any travel advice from your country.
Some of the risks include:
.
Zika Virus
Dengue Fever
Chikungunya
Japanese Encephalitis

It’s a good idea to get vaccinated against Japanese encephalitis, use insect repellent and wear long, loose, light coloured clothing.

If you plan to take medication with you, check with the Singapore Health Sciences Authority to see if it is legal there. You may need to apply for approval so allow at least 10 working days.

As well as a serious crime, Singapore takes drug offenses very seriously and can result in the death penalty. This also includes having drug traces in your system (even if you took them outside of the country).
Here’s a list of some of the laws to be aware of when travelling to Singapore:

Drugs of any type
Rape or being inappropriate towards women
Offenses as a result of being drunk
Offensive language
Rioting
Vandalism
Smoking in public
Spitting
Importing or chewing gum
Littering
Jaywalking
Racialism
Importation and use of vaporisers
Drinking of alcohol in a Liquor Control Zone and in public places between 10.30 pm and 7 am
Copyrighted and Prohibited material of any kind
Same-sex sexual acts between men
Any type of weapons including replica
Taking photos of buildings where signs say not allowed
Taking Durian on public transport

Disclosure: This post may contain affiliate links (of which we use) so we may receive a small amount of commission if you buy something through them. As an Amazon Associate, I earn from qualifying purchases. You can read the full disclaimer here.

These are my top reasons for visiting Singapore:

Changi Airport is one of the best airports in the world. There is so much to do there that it makes a travel destination in its own right.

Each time you arrive and depart from Changi Airport, you will need to scan your thumbprints. This doesn’t apply to children younger than 6 years old though.

A tip is to register your thumbprints on BioScreen at the Immigration Counter upon arrival and then you can use the self-clearance system when departing.

Things to do in Singapore

There are so many things to do in Singapore and an outstanding amount of attractions and places to see.

Make sure to read our travel guide on the best things to do in Singapore.

How To Get Around Singapore

Getting around Singapore is easy with public transport. The MRT is quick as most attractions are close to an MRT station and they come along frequently.

You have the choice of buying a Singapore Tourist Pass which gives you unlimited rides or a stored value card. It will depend on how many times you will be suing the MRT and how long you are there for.

You can also use taxis or the ride sharing app Grab.

Where To Stay in Singapore

There’s plenty of hotels to choose from in Singapore with lots of different budget options. We usually stay in a mid-range hotel like Holiday Inn Orchard Road. 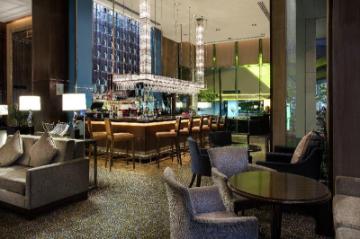 For those that would like a bit of luxury and can afford the high-end hotels, I’d recommend The Fullerton Hotel, The Fullerton Bay, and Marina Bay Sands. If apartments are more your style (great for cooking your own foods and a bit more space), then The Oakwood Premier AMTD Singapore is a great choice. 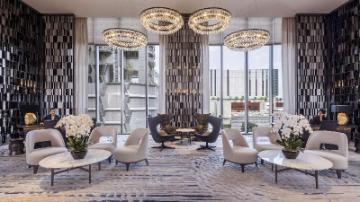 We use a combination of Booking.Com, Klook and Agoda to compare prices, reviews and get the cheapest prices. The earlier you book, the better deals you can get.

We use a mixture of Klook, Viator and Get Your Guide to book our tours. They all offer fantastic cancellation terms, are easy to book, instant confirmation, and competitively priced. I see which one is offering the best deal (those will be the ones I recommend). If you will be spending 2 days in Singapore, we have all your options covered. Our family have travelled to this stunning city three times and have found the best ways to spend 2 days there. 2 Days in Singapore For Families There are so many fun things to do in Singapore for families that … Read more Having visited Singapore numerous times with kids, we have spent a lot of time in Sentosa Island. It is where most families head and is famous for its beautiful beaches, children-friendly attractions, adventure activities, and bars. Sentosa is easy to get around with the Sentosa Express, Sentosa Bus, and Beach Shuttle. This is our list … Read more Singapore Zoo is touted as one of the world’s best zoos and has around 1.9 million visitors a year. We don’t usually visit zoos on our travels, but we felt that this one deserved our attention. Was it worth going? Read our Singapore Zoo review to decide for yourself. While I’m not a big fan … Read more What are the best Universal Studios Singapore rides? Let’s dive into them as well as important information and bonus tips to make the most of your visit to this popular Sentosa attraction. We have been to Universal Studios a few times on our trips to Singapore. Our daughters were six when we first visited and … Read more

The Singapore Flyer is one of the world’s largest observation wheel at a height of 165m. From the top, you can see views of Marina Bay Sands as well as the rest of the city and out to sea. It’s an iconic landmark against the city skyline and a popular attraction for tourists. It was … Read more It’s always a struggle to find budget-friendly family hotels in Singapore. We have visited this cultural city four times now and like staying close to Orchard Road. Therefore, this is my well-researched list of the Top 4 best value Orchard Road family hotels. Singapore is renowned for being an expensive city, but it is also one … Read more

I would like to respectfully acknowledge the Traditional Owners and First People of these lands. I would like to pay my respects to the Elders past, present, and future, for they hold the memories, the traditions, the culture, and hopes of their people.